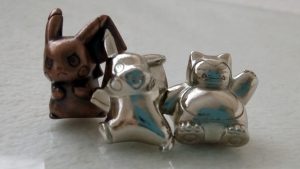 The figures come in various metal colours and are between 1 and 2 cm big depending on character. Due to their metal material they have quite some weight to them. 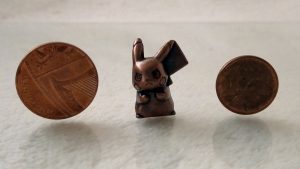 Above is a height comparison next to a British Penny (left) and a Eurocent (right) to give an idea of size. Sorry, I didn’t have any nice looking coins at hand! ^^;
They are slightly smaller than the Metal Collection.

They are very sought after and rare and therefor can be expensive. I’ve always wanted to collect these but they are hard to find. I only have 3 so far, but will update this post with new ones as I get them.

Because I’m fairly new to collecting these, I actually don’t know much about them! I’m trying to gain Gen 1 Pokémon in mostly natural metal colours, although Pikachu will have preference. Fans have given these metal colours specific names (gunmetal etc.), but I’m not sure which one is which so forgive me if I get them wrong!

I believe the first ones came out in 1997, although I’m fairly certain mine are of “newer” sets. The silver ones I think are even from a Sun & Moon set? I also don’t know which brand they are…

If anyone has any more information on these feel free to share it and I will add it!

Below is my collection so far. 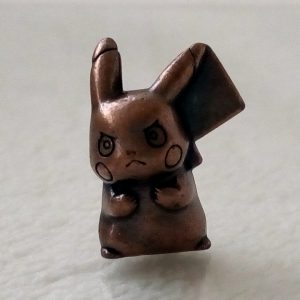 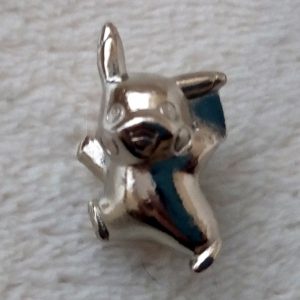 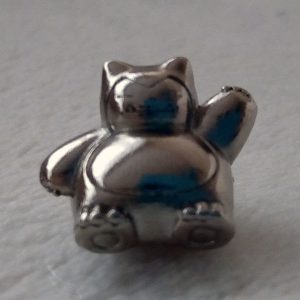 I love these tiny metal figures. I have a weak spot for tiny things as they are mostly cute and don’t take up much space. I also love how heavy these feel. Makes it feel like you’re holding something expensive (and to be fair, they are! The weight also adds in shipping costs!).

Metal figures also seem much more “grown up” then coloured figures. They have a certain class and elegance to them in my opinion.

Hence I would love more of these little guys!

I got my first one, the angry Pikachu one, in a trade from a collector who had him double. I was now able to finally hold one of these and they are even better in person! Since then I’ve been on the lookout for others. I got the two silver ones from a different collector who had gained these in lots and was looking to sell.

I’m a but disappointed by the silver Pikachu as he can’t seem to stand up on his own. Other than that I really love these figures and hope to gain more of them soon.

If you want to start collecting these too be advised they do cost a pretty penny and shipping costs can add up due to their weight. But I think they are worth it!

Got any more details / information? Did I get something wrong? Do you own the same figures? Let me know in the comments below!